Fishtoft Academy2018-03-14T11:20:44+00:00
On Monday 12th March the Starfish had a busy afternoon preparing for their afternoon tea. They worked in groups and all helped in making lemon cupcakes topped with icing and sprinkles and sandwiches including egg mayonnaise and ham with cream cheese. 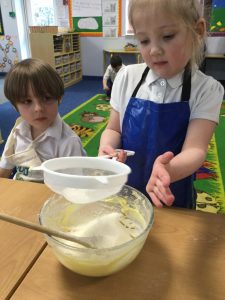 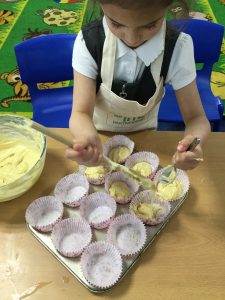 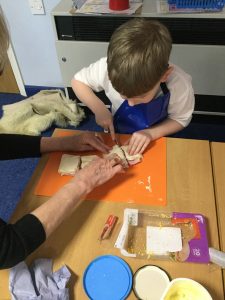 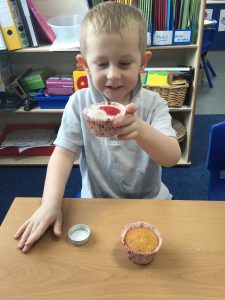 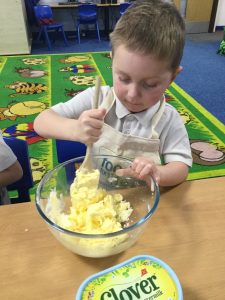 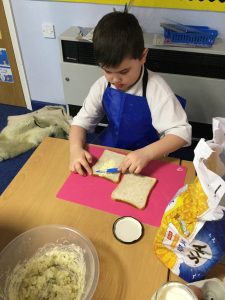 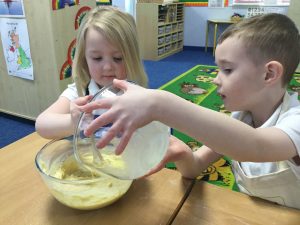 On Tuesday 13th March the Starfish spent the afternoon enjoying the ‘Queen’s Tea Party.’ They wore smart clothing and ate the delicious cakes and sandwiches. To begin the party the Starfish stood for the National Anthem and welcomed in Queen Dring! They had a super time with the only request being that the ‘real’ Queen attends next time. 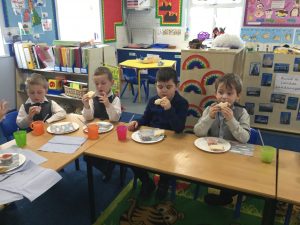 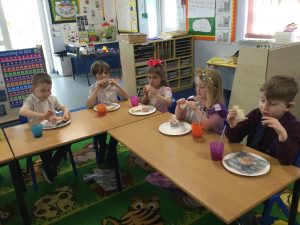 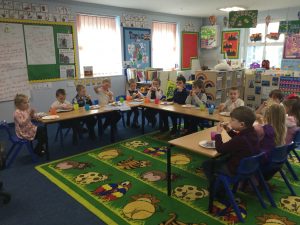 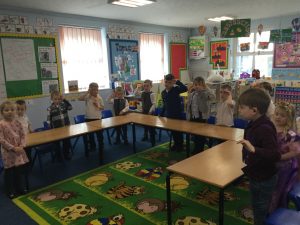 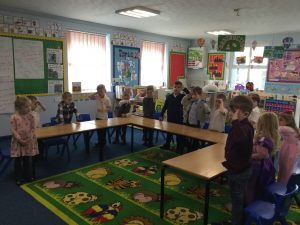 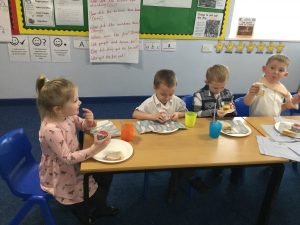