As a school we decided to have our very own science week to carry out a range of explorations and experiments to test our scientific knowledge and skills in different ways.  We had a theme a day; colours, forces, reversible and irreversible changes and our brilliant bodies. At the end of each day we all shared our discoveries in assemblies. Every child had a daily challenge to find an interesting scientific fact to share. Each class really got into the spirit; there were lots of fabulous and amazing explorations and experiments going on all around the school, in classrooms, corridors and even on the playground. 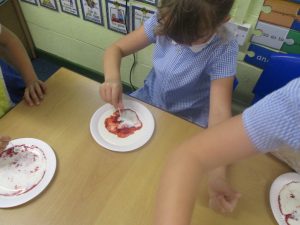 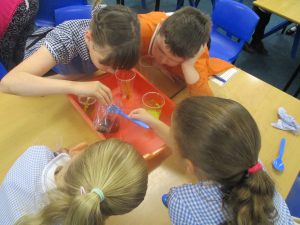 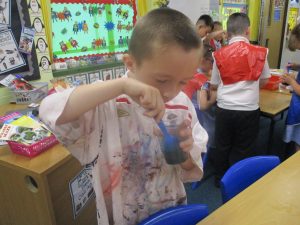 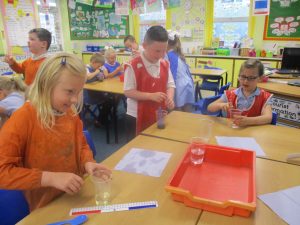 We explored various forces by making and testing a range of objects to test the force behind them. We had volcanic eruptions, both large and small, explosions of fizzy drinks, forces using balloons, hoop gliders, rockets, parachutes, boats powered by soap, floating and sinking activities plus testing the force of different magnets. For the various explosions we explored chemical reactions to see how different liquids react to other liquids and solids. There were even coke explosions on the playground – which got very messy! 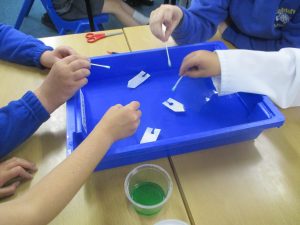 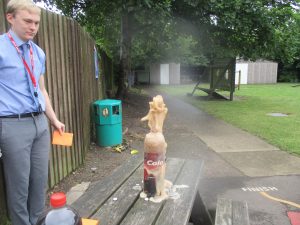 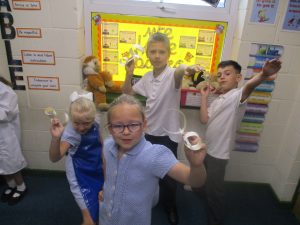 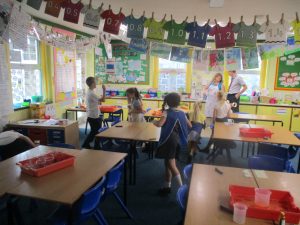 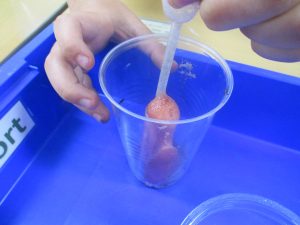 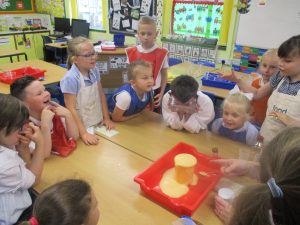 We made quick sand, invisible ink and coloured slime to name but a few. We experimented with oil and water and used our observational skills to see what happened. We had hours of fun playing, I mean exploring, with quicksand as it kept changing its form from solid to liquid. We even buried Lego figures in the quicksand to test it then tried to get them out again, which wasn’t as easy as you might think! 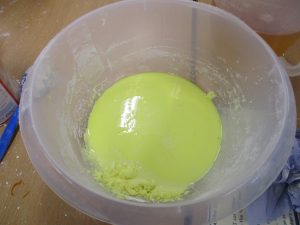 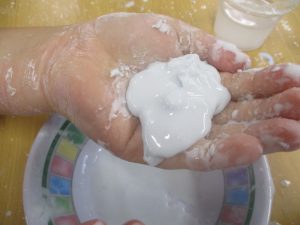 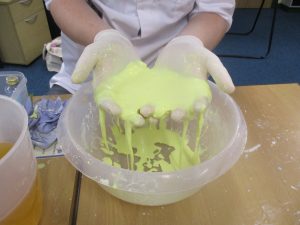 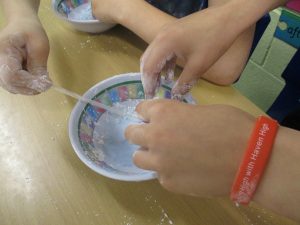 We carried out lots of tests to see which our dominant side is. We tried kicking, catching, winking, holding, writing, making (basically you name it, we tried it) to test our dominant side. We made balloon speakers to test how sound travels (they really worked too); we even tested our lung volume and explored our brilliant bones. 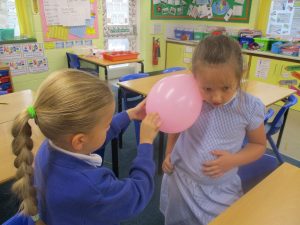 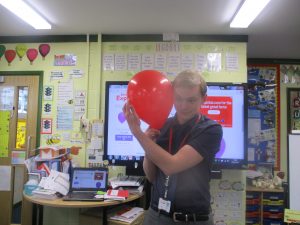 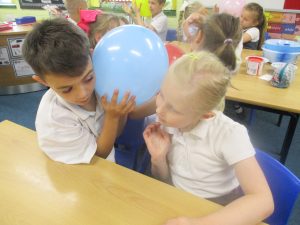 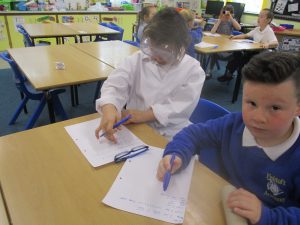 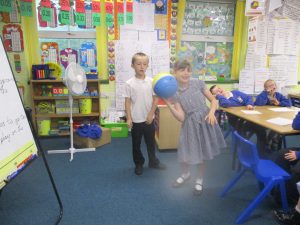 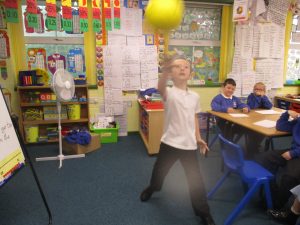 These are just a few of the amazing and fabulous experiments that went on during the week. There were many more, too many to mention. In fact there were so many fabulous things going on in every room I can’t even remember all of them.

The whole school had a fantastic time experimenting while using a wide range of science skills.

Look out for our whole school display to show off all the amazing experiments!